Whilst Germany is fascinating to explore for its culture, heritage and history, it’s very hard to beat the Scottish Highlands for experiencing pure, raw nature and a sense of connection with landscape and “spirit of place”. The Assynt region of North West Scotland is one of my very favourite locations to escape to; seen at this time of year, with a low winter sun, there are some truly breathtaking light effects. 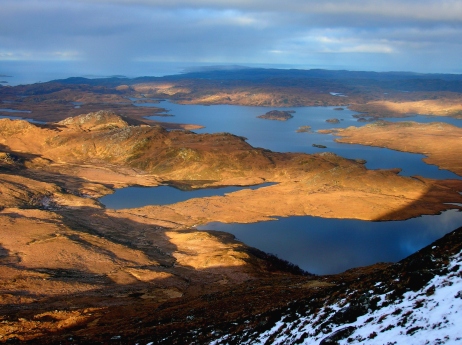 This region of wild, unspoilt coastlines, white-sand beaches, cliffs and dramatic mountains is unique in all of Britain with its Torridonian sandstone mountains overlaying a bed of ancient Lewisian Gneiss rock. Like everywhere in the Highlands, the ecology of Assynt is far from pristine (having  been altered by man for generations). Despite this, wild nature, rock and water are the dominant elements and its as close to wild landscape as you’ll find anywhere in Scotland. 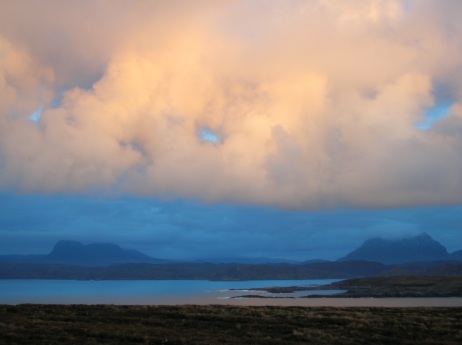 These are some images taken during a winter excursion to the area which included an ascent of Cul Beag. I used one of these photos as the cover for an album of songs which I produced; I tried to convey in one song “Assynt” my sense of connection with this place through a series of simple impressions reflecting the changing seasons and moods of the landscape; from peaceful summer days under a blue sky to wild winter storms when savage winds scour the landscape and throw up driftwood far inland (from a German perspective, perhaps these are evocative of the moods caught by landscape painter Caspar David Fredrich). 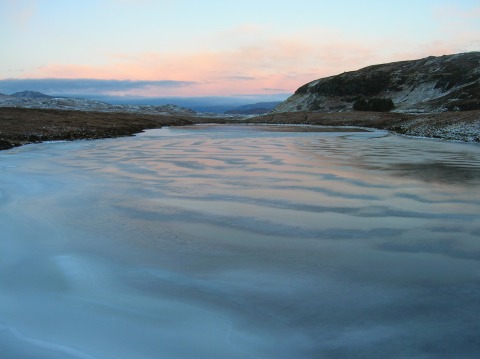 A great way to appreciate Assynt is by canoe or sea kayak and I have made several summertime trips exploring the rocky coastline and headlands as well as down some of the long freshwater lochs to camp right under the foot of Suilven (my favourite mountain). One of the delights is to kayak out to small coastal islets where you discover curious seals who will always interested to encounter visitors. Legends abound of the “selkies”; half men, half seal creatures, who in celtic mythology, sometimes decide to leave the sea to live amongst ordinary fisherfolk.

I know one place where you can canoe out across a shallow lagoon of perfect white shell sand and watch the seals playing all around you; go further out beyond the reef and you start to feel the Altantic swell gently lifting the boat, just enough to make you aware of the ocean’s enormous power and to sense your own fragility; for this there’s no admission fee, no interpretation signs and nobody telling you what to do !  Surely something priceless in these days of over organised mass tourism. Enough said; hopefully these pictures give you an idea… 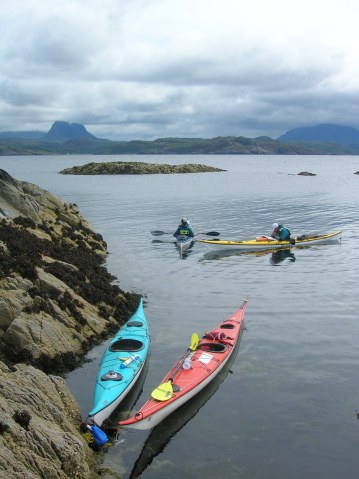 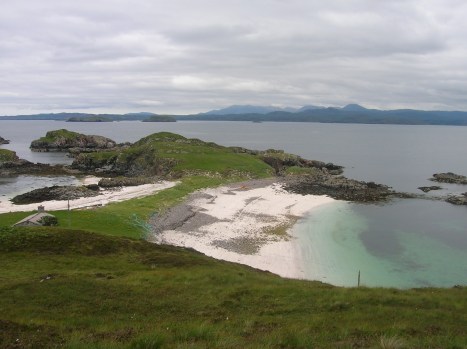 Assynt, your heart its beating,

Your waters tumbling down,

In whirlpool oceans of cloud,

Silence that echoes so deep.

The blood red tears of your dying sun,

The mirrors pinning earth to sky

The howling winds and the crashing seas,

A driftwood boat lost on the storm,