A haunting spectacle could be viewed in recent days behind Aachen’s ancient octagonal cathedral; ranks of solemn, stately figures could be seen lined up in neat rows, oddly reminiscent of the terracotta Emperor’s Warriors or the Lewis Chessmen. The figures celebrate the 1,200th birthday of Charlemagne, the Dark Age ruler who founded an Empire covering much of the area of modern Western Europe. 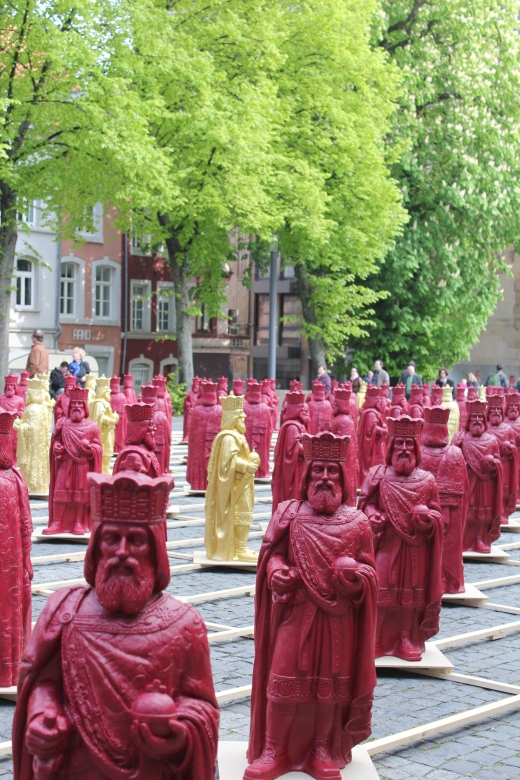 Charlemagne (or Charles the Great) created his ancient capital in Aachen where thermal springs provided some degree of relief from chilly Dark Age winters. The Cathedral (or Dom) is the best surviving part of Charlemagne’s mighty palace complex which, at one time, formed the most impressive structure to the north of the Alps. The Dom contains some remarkable treasures including an imposing stone throne which was used for the coronation of over 30 German kings.